Organizations promote good leaders front line leaders into senior leaders. As leaders move through the levels of leadership, they need to adapt to their leadership style to meet the level they reach. Front line leaders address the challenges facing the organization here and now. Mid level leaders prepare the organization to face expected challenges in the next few days to several weeks. Senior level leaders anticipate problems for the organization months and years from now. One thing all levels of leaders deal with are those problems that occur today. At every level, all leaders need front line leader skills. Whether you are on your first day as a new shop foreman supervising ten machine operators, or the CEO of a major corporation with ten vice presidents reporting to you, you directly supervise and lead people every day. There are three basic attributes front line leaders at every level must understand, possess, and use; character, leading skills, and action.

Character is the foundation of leadership. Character is the collection of habits and actions taken by a person commonly defined by their hidden and stated beliefs. A habit is simply something a person does repeatedly.

A mid-level leader in a leadership workshop confessed his surprise hearing the expressions from his employees about how much he cared. He received a promotion and was moving to a new assignment. During his last days in that assignment, almost all of his workers approached him at some point and told him how much they appreciated the personal attention he provided regarding some sort of personal issue. They each said it showed he cared about everyone of them. He told the crowd of other mid-level leaders he did not remember most of the issues for which each thanked him. 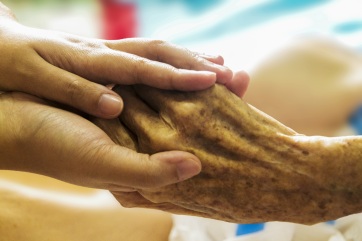 He told his classmates he devised a simple system using spreadsheet software to track employee issues. Every morning he made a list of people to contact to follow up on those issues ensuring they were addressed. His actions allowed employees to focus on their work, not their problems. His habit of tracking people’s problems and checking with them periodically, resulted in a reputation of being a compassionate leader. He only spoke with others who had a reason to know about the problem in order to provide support to the employee or help resolve the problem. He did not gossip. His habit of keeping his mouth shut gained him the reputation of being trustworthy. His habits and actions told others the story of how he felt about resolving people’s problems, not a speech delivered from a soapbox about being there to help his people. His character was defined by what he did, not what he said.

Front-line leaders need to find ways to organize information and their schedule or people think they are unreliable. Discipline is critical to repeat effective actions until they become habits and create your character. Learning how to relate with others enables leaders to motivate and influence people them by finding how individual needs, interests, and abilities align with organizational requirements and mission accomplishment.

In order to influence others, a leader needs power.

Power is commonly obtained in one of a few ways. The first is positional power, that which an organization give an individual in supervisory positions. Another is expert power. If you are an expert by means of knowledge on a topic, or possess a critical skill that you use and share. You sway others by your expertise. A third source of power is attraction. That ability some people have to draw the positive attention from others and to make others want to be liked by them. Often called charisma, it enables those endowed with it to influence people by bestowing attention on those seeking their approval. A final source of power is reward and punishment. This sounds like something a boss can do, such as providing a wage increase, or dismissing an employee. In this example it is not someone in a position of authority. People who use rewards and punishment for power include people like playground bullies, or a grass roots community activist. Each finds ways to reward and punish people they influence outside traditional organizational structures. Some example include using force in the case of the bully, or endorsing a political candidate in the case of the activist. These rewards and punishments lack official sanction. The power comes from the personal traits of the individual such as strength or speaking ability. 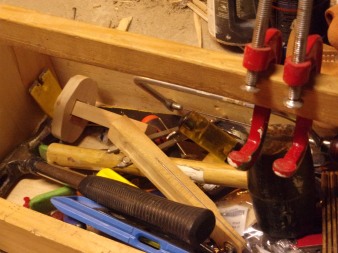 Learning to develop power across several sources is a skill necessary to influence others. Each has benefits and limitations depending on the skill of the wielder, the situation, and the audience. Each is a tool. One cannot build a house only using a saw; likewise, one cannot lead well with only one source of power.

A final critical skill for all leaders is communication. Leaders need to write well, speak well, understand how others use words to indicate problems and answer, use body language, customs and courtesies that make others feel welcome or insulted, and adapt their communication style to their audience. Use different words and sentence structure recruiting in a college classroom full of young and presenting a financial report to your board of directors comprised of older, experienced professionals. New line workers need different instructions than veteran equipment operators. Respect shown to all you deal with speaks louder than all your words.

An instructor at an officer candidate school charged the class to develop the best order to direct a platoon to erect a flagpole. Each candidate was given 30 minutes. After 30 minutes each student made their presentation. Each had multiple slides in a deck explaining the process of digging the hole; others had lengthy material specifications and work plans; and others had maps, charts, and diagrams showing how they would move the pole, position equipment, and stand the pole. When the students were finished the instructor congratulated them on their hard work. He asked them who the audience was for their order. All agreed it was for the members of their platoon. The instructor pointed out their slide decks and other media were great if they were briefing a general about how they planned to install a pole. The assignment directions were to issue an order to erect a flag pole. The instructor shouted, “Platoon Sergeant, POST.” The platoon sergeant ran to the front of the class and reported to the instructor. After exchanging salutes, the instructor said, “Sergeant install that flag pole,” and pointed to the flagpole, “over there where the grade stake is located.” The sergeant saluted, said, “Yes Sir.” and left to start installing the flagpole.

This story illustrates the importance of knowing your audience and the message they need to hear. As the instructor pointed out, if the message is what the candidates needed to request to install a flagpole, the communication is different than directing a Soldier to emplace the flagpole. Of course if the Soldiers were less experienced than the Platoon Sergeant, the instructor needed to provide more direction. The senior person in the story understood he was directing another experienced person to complete a task. Detailed instructions were not required.

Action, the process of making things happen. Anyone can sit in their cubical all day and plan for the future. Only those who step outside their cubical and take action accomplish things. Reflection is important. It allows us to see what is, and what could be. Without action, what could be remains a dream. One only gains character by doing something. Character is the sum of our habits, the things we do. Without those actions, one has no character. Developing character requires action.

Planning is action, but planning without execution is planning resulting in nothing. Executing results in success. There are plenty of things individuals execute alone and help develop character, but one is only a leader when others are motivated to help execute. Leaders provide motivation through communication. Communication is action. Leaders share their vision of the future, a vision that inspires others to follow the leader on the path to success. Leaders execute communication by coaching and counseling their direct reports. Coaching and counseling are actions. Leaders set up their direct reports for success by taking action to ensure resources are available to accomplish tasks. Resourcing is action. Leaders act and set the example by 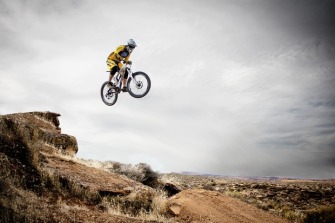 confronting unacceptable behaviors and addressing uncomfortable truths, such as failures to reach revenue expectations. Setting standards is action. Leaders execute by jumping in, getting their hands dirty and shoes messy. Doing something dirty is action. Leaders develop power and influence by doing things; acting, not just talking and planning. If you are not doing, you are not leading. Leading is a verb. Verbs are action. Actions, executed properly at the right time by the right right people result in success. You can plan. You can talk. You can be virtuous. You accomplish nothing until you act.

No matter how high one climbs the organizational ladder, one is always a front-line leader. CEOs have VP s and staffs reporting to them. Middle managers have front-line supervisors to lead. Every leader has someone who reports to them about something, or they would not be leading. In order to lead, you must have followers. The direct leadership required of a VP probably is not the same as a new hire on the cook line, but both need proper supervision and leadership from their boss. Provide regular front-line leadership to your direct reports as you prepare your organization, or your part of an organization, for the days, weeks, months and years ahead. Build your character so you are worthy of respect. Communicate so they understand. Act by counseling, coaching, and executing. Use your front-line leader skill at all levels and be a leader who succeeds.

Birds in line by Tassieeye from Flickr.com  CC License