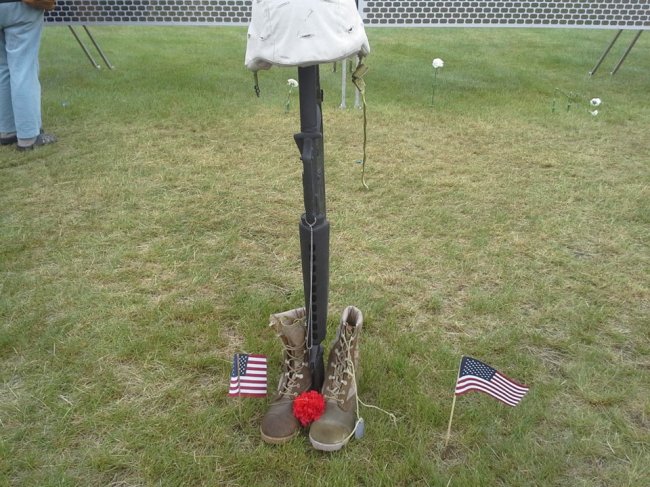 Memorial Day…a time to remember those who sacrificed their lives serving our country.

This weekend there will be plenty of speeches about their sacrifices as they did what others can’t or won’t. When was the last time you thought about the leader that sent those brave Soldiers, Sailors, Marines and Airmen into harms way knowing they probably would not survive?

While taking classes for my degree, we had a discussion about Level 5 leaders, particularly who had known one and what traits and characteristics made that person a leader who builds enduring greatness. To my surprise there were few in the class who had, and that I was the only one who had known more than one. All those I’ve known were military or veterans.

Imagine being a U. S. Army squad leader, serving as Military Police supporting local security forces in Iraq during their first independent elections. You have gunner refusing to enter the turret and are receiving pressure from the commander and platoon sergeant to meet the start time for your joint patrol to collect ballots from the polling places. You cannot guarantee the young man’s safety. How do you accomplish your mission and convince your gunner to do his duty? You accomplish success by showing concern for your people everyday. This squad leader developed relationships with all his Soldiers allowing him to encourage his gunner to overcome his fears, enter the turret and complete his mission. Everyone in the organization would have known if this leader failed. The soldier would have been ostracized. The leader would have been replaced. The mission would have failed. That did not happen.

Being a leader means involvement in the lives of those you lead. Had this leader not cared for minor problems the Soldier had earlier in the deployment the ending may have been different. Several years later I was watching a show on television recounting that election. There was video of the ballot counting where we worked. In the background, a group of soldiers including the squad leader and his gunner. That night they both made a difference in the lives of thousands of people, enduring greatness.

The squad leader’s duties officially ended several weeks after this event. They continue to this day however. I receive periodic status reports from each of my squad leaders about their Soldiers. They remain involved in their lives even though their official duties have ended. Leadership is about influence. To be truly influential one must genuinely care about others. Your people understand you may not always know what to do next. They understand you cannot promise what will happen in the future. They will not tolerate a leader who doesn’t care.